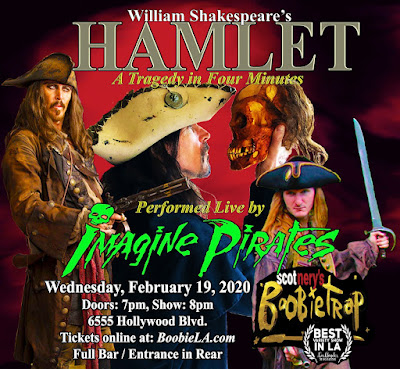 We had a five person show ready to go then lost two pirates at the last minute and had about six hours to rewrite the scripture for three pirates and rehearse intensely to absorb the new script whilst unlearning the previous version. For a moment we considered canceling the gig but one should never run from a challenge. 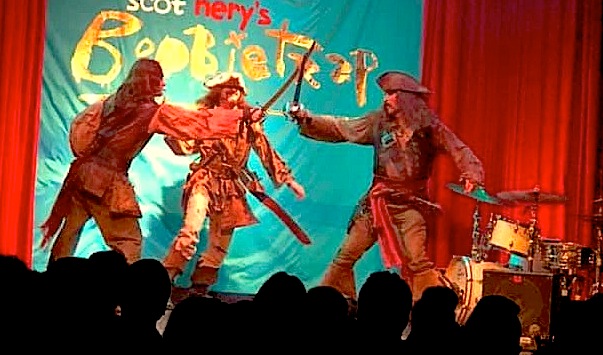 We did it. We slayed. Slaying is what we do. Shakespeare might disagree. My crew might disagree but i think we killed it. Well, except for that one thing. That one horrible thing. . . 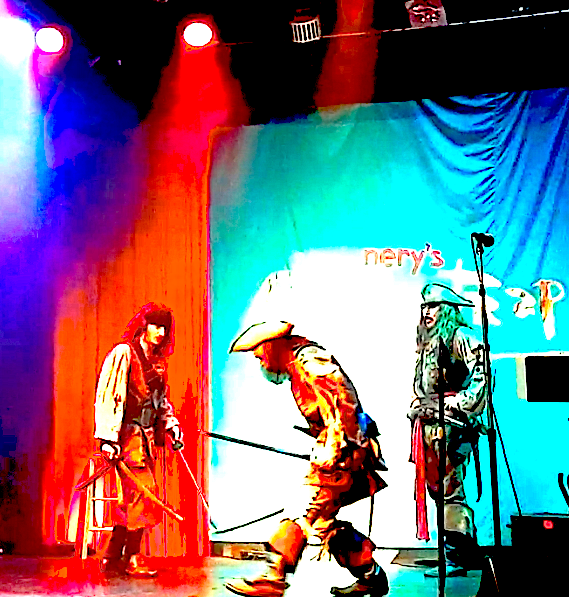 The thing: i, Bullet, forgot a line of dialogue. Fact. Truth. i did. And not just any line but a crucial, pivotal line of exposition without which the rest of the show made no sense. Realizing my unforgivable misdeed i tried to correct it by inserting, awkwardly, the requisite information into an ad lib a few seconds later but that just wasn't graceful or effective. no, the show was weakened, considerably, nigh irreparably, by my incompetence. Me, an experienced performer who should have reasonable skills by now. Apparently i don't. i hadn't screwed up this bad since i was a youngling thespian struggling thru Hurlyburly in Ted Harris' acting studio 30 years ago. That one was forgivable though. Everybody f**ks up Hurlyburly the first time they do it. Those thousand lines about "stuff" and "stuff on top of stuff" and "more stuff" all sound alike and it's easy to lose your place. Rabe probably wrote the d*mned thing just to torture actors. 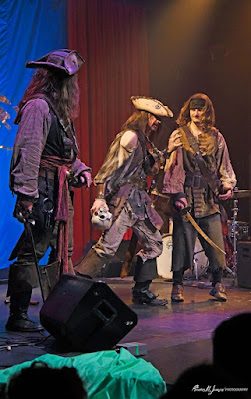 But this thing i'd adapted myself, proudly breaking the eight minute record set by Skinhead Hamlet by cramming the entire tragedy into four short minutes. i had no excuse for mangling it to this magnitude. It was my show; director/actor/writer (with Shakespeare, of course). No other explanation: i'm just a sh*tty actor. i'll own it.

Favorite critique of the evening, from a fellow performer: "Well, the Bard sure took a beating tonight, didn't he?" 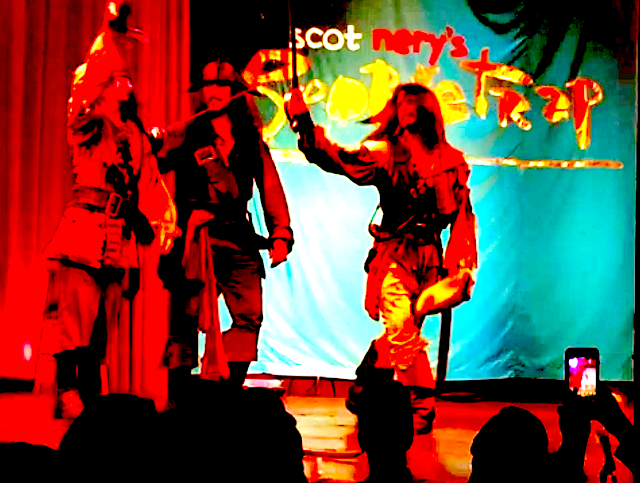 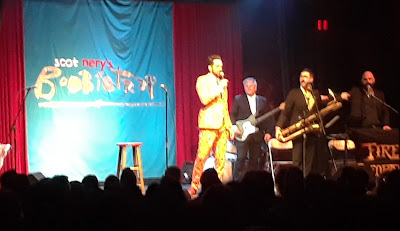 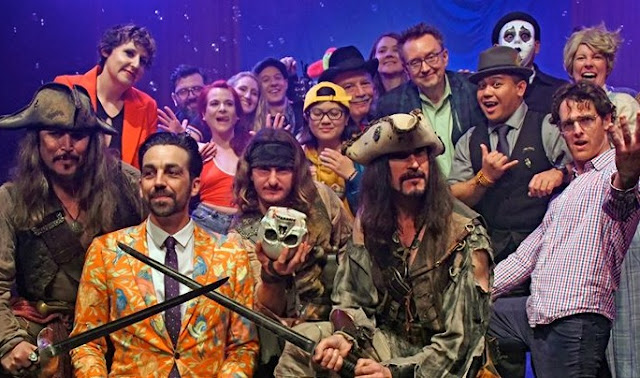 We shared the bill with the great Pop Hayden and the show-stealing Michael Rayner.

Email ThisBlogThis!Share to TwitterShare to FacebookShare to Pinterest
Newer Post Older Post Home
A Logbook of the Stageboard Shipwrecks and Mildly Epic Triumphs Endured by a Crew of Hollywood Pirates. 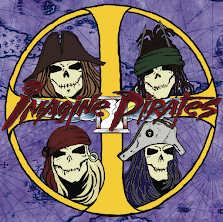 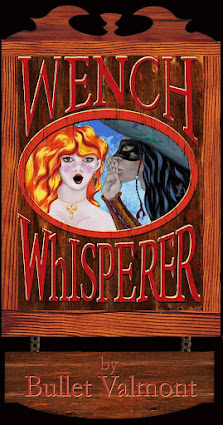 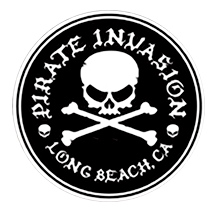 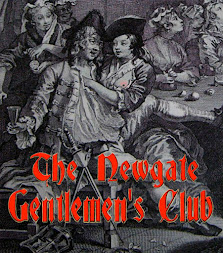 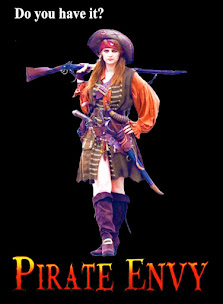 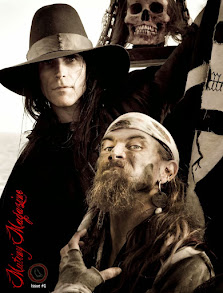 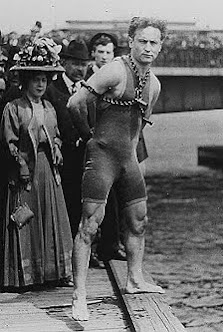 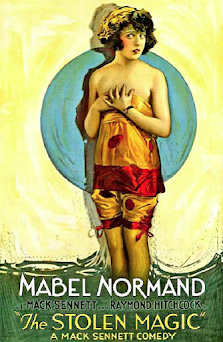 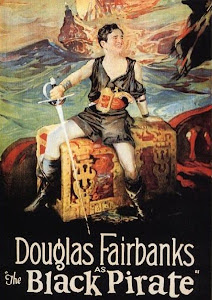 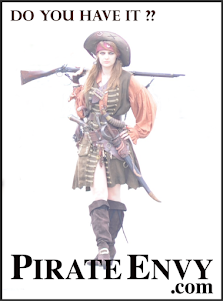 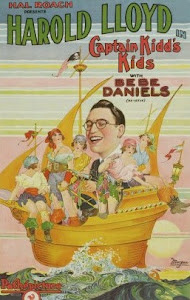 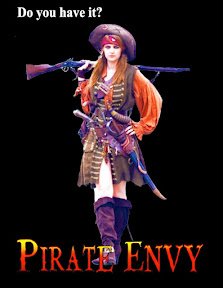 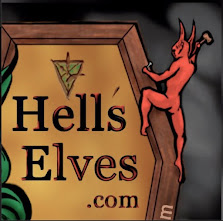